The Dotterel has set me this challenge, to name my 'seconds' (obviously, my favourite seconds is cheesecake, or pavlova, or chocolate cake, or all three...) But no - he set 10 questions that I can't answer, only ameliorated by saying I need do only one. For completeness, here are the ten questions, together with my comments and memories:
your second girlfriend? (never had one... the odd boyfriend though...!)
your second day at school? (can't remember, although I vaguely remember my first day at my second(ary) school)
who your second best-friend was? Louise. Best Friend 1 I knew from age 2.5; Louise arrived in the village when I was 10 and we became three close friends for many years. Ironically, having lost contact since leaving home, we are now in the same city and have met up - kids and all!
the second LP that you bought? (no idea!)
the second house you lived in? Technically, the house I grew up in, from 2.5 until after I graduated
the second car you drove? Presumably my Dad's: I learnt to drive in Mum's...
your second-favourite band? Hard to pick a favourite, let alone 2nd best!
the second-best book you ever read? The Cross & The Switchblade, David Wilkerson - the story of his work with drug addicts in New York and, bizarrely, a man I met many years later in Zambia
your second-favourite film? (no idea)
your second-favourite blog? Daren't answer this in case I upset someone, although tempted to say Bringing up Charlie as revenge!
I have a queue of memes lined up to answer (I promise, I will get round to them eventually!) and I hate having to pick people but for now I pass this on to Collette, SIFTW, Cheshire Wife and Super Mum. Hope you have fun, and can remember more seconds than me.
Now, where is the remains of that apple crumble...
Posted by Catharine Withenay at 09:32

Email ThisBlogThis!Share to TwitterShare to FacebookShare to Pinterest
Labels: meme

See second time around you've worked everything out. Second is much better than first. Just not quite so memorable...

I've got to ask you, I really think I might have met you before, in like, real life. It's driving me nuts trying to work it out! Did you used to live in Oxford?

Erm ... no. I was offered a place at uni there but turned it down, so unless you were also being interviewed back in '88 that was someone else!

So, do you make a habit of dating odd boyfriends, Catharine? Or was the second-time a one-off!?!

Hi,
I enjoyed reading this post.
I like the idea of 'seconds', especially more pudding, like crumble.
But also, I feel like I'm having a second chance at life.
So lots of food for thought.
jo

Thank you for thinking of me. Will try to have a go when we return from holiday but my answers will probabbly be no more illuminating than yours!

In the Shade of the Mulberry Tree

Available from Amazon as paperback or kindle versions
Organising her husband, toddler and babe in arms, three suitcases, two rucksacks, a pram and a travel cot onto a plane ready for a new life in Zambia is complicated enough. Given Catharine's fear of malaria and tropical diseases and the anxieties of moving beyond the reach of friends and family, she wonders how she was persuaded to move at all. Then, just as they approach the airport, it appears that they don’t have their passports.

In the Shade of the Mulberry Tree is a heartwarming and thought provoking tale about Catharine Withenay's first year living abroad as an expatriate wife. She chronicles her family's adventures as they settle into a new culture far from home. Nothing is as simple as it should be, from buying furniture to getting a haircut. As she copes with motherhood and the injustices of poverty and healthcare in Zambia she wonders: could she ever come to call this place home?

Catharine Withenay
They say that travel broadens the mind. Certainly it opens your eyes to things you would never otherwise see. Sometimes reluctantly, often excitedly we travel through life, with little idea where we'll end up. A husband's changing job, two young children and limiting ourselves to one family car: Withenay Wanders are never dull. Thankfully, we all survive. Repeatedly.

Others who wander by...

In the shade of the Mulberry Tree

Beneath the falling avocados

The Professor, The Bishop and Me 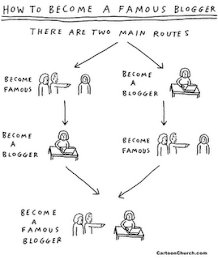